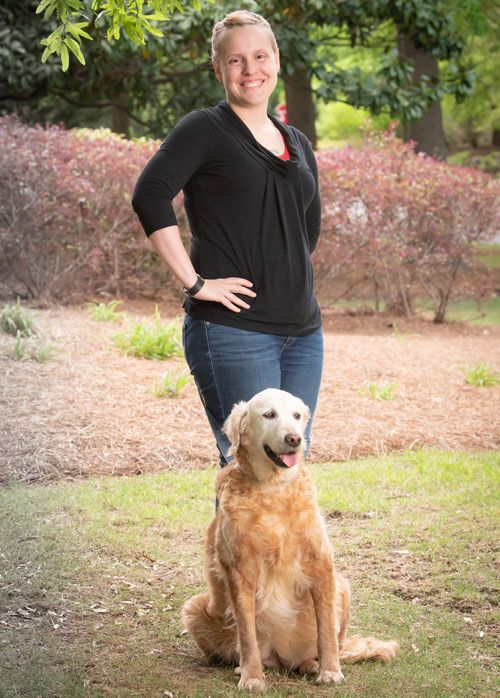 Kym Stokes joined Southern Veterinary Partners as Recruiting Administrator in 2018, but Kym is a familiar member of the SVP family as she worked at our Valleydale Animal Clinic as a Veterinary Technician starting in 2012 and became Hospital Manager in 2015.

She started her career in the animal field when she was in high school at a boarding and training facility. After dabbling in some other opportunities early on, she decided that veterinary medicine was where she belonged. She started in the kennel of her first hospital, then worked her way up to becoming a technician. From there, she accepted a role at the Greater Birmingham Humane Society as their Clinic Manager.

Outside of work, she enjoys traveling (especially to see her favorite bands), photography and learning about any of the most recent scientific research there is out there. Her life would not be complete without her husband, Justin; daughter, Lennox; and their two rescue dogs, Georgia and Yoshi.
Go Back to Our Team